Create a social media video campaign that appeals to young families to choose Birds Eye Golden Crunch frozen chips for their superior crunch and because they’re an Australian icon. 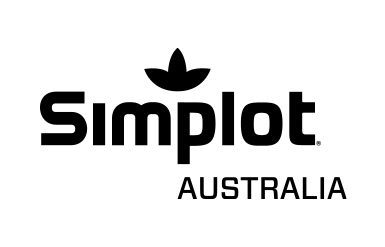 Create a social media video campaign that appeals to young families to choose Birds Eye Golden Crunch frozen chips for their superior crunch and because they’re an Australian icon.

Attract young families and supermarket shoppers to select Birds Eye Golden Crunch frozen chips by developing social media content that celebrates these deliciously crunchy potato chips. Create clear brand recognition and position Birds Eye as an Australian icon that has offered superior crunch for over 20 years. Call out that Golden Crunch chips are made from the highest quality Tasmanian potatoes, and are crunchy on the outside and fluffy inside.

To wet viewers’ appetites with a mouth-watering craving for crunch, we filmed hot Golden Crunch chips triumphantly flying around the air, colliding into each other dramatically with a crash, along with a hero golden chip being snapped in half. Adding a comically exaggerated, ASMR-style crunch sound effect to this break—plus a shaking-camera, crunching motion effect—really heralded the intensity of the chip’s crunchy outer layer, while the close-up angle and slow motion showed off the fluffiness of its insides.

Before production, we enlisted Robotface to construct devices that used pneumatic actions to throw hot Golden Crunch chips into the air. We filmed at their Melbourne studio using a robotic-motion camera arm pre-programmed to pan and zoom with the chips as they sailed about, while two food stylists fried up fresh batches of chips behind-the-scenes.

We also filmed with a Phantom Flex camera which captured ultra-slow-motion footage at 1,000 frames per second (the usual frame rate is 25 to 30 frames per second). We were able to manipulate the resulting footage to slow down playback at pivotal moments, like when chips collide. Using colloquial language like “Epic Crunch”, “Aussie Grown” and “Tassie Spuds” in superimposed text speaks directly to the primary target audience of young families, while “Legendary Taste” hints at the long-serving position of Birds Eye as Australia’s home-cooked chips of choice. A graphic super of a potato that bursts forth from the packaging in the end frame highlights the product’s Tasmanian source, which lifts the perception of product quality and the goodness of buying Australian-grown.

The overarching visual and audio style of the videos created a distinctly vintage vibe, harking back to convenience food TVCs from the 80s and 90s, again to suggest that Birds Eye are still serving up the goods for over two decades. The Tchaikovsky’s Nutcracker March background music brings in a playful tone of class and nobility; a tongue-in-cheek larrikinism to further solidify the product as a long-loved and familiar favourite in Aussie homes. Red and blue colouring in the supers and background match the colouring of the famous Birds Eye logo and branding to establish brand recognition for when viewers find themselves in the savoury food freezer aisles ready to make a purchase decision.

We’d love talk about how Hase Creative could electrify your next campaign.